Do I need a Chimney Cap? 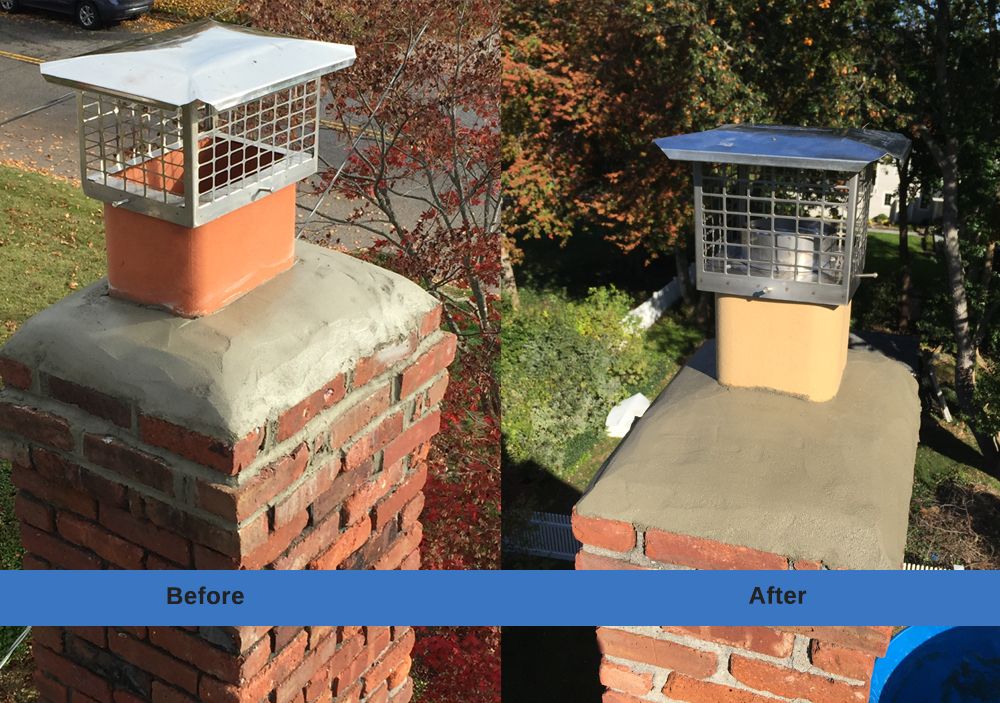 When we moved into our new home, I was elated to have a fireplace. Just the thought of having a warm fire on a cold winter day, made me happy. While I thought about things like collecting fire wood, making popcorn over the fire and all the memories and good times that that this fireplace would bring to our family, I didn’t think about much else regarding the fireplace or the chimney.

A few months after we moved into the house, I was standing in the front yard talking to my neighbor when he asked, “Why don’t you have a cap on your chimney?” I looked puzzled and asked what he meant. He explained that most houses have a chimney cap, which is a small metal or wire mesh box that is installed on the top of a chimney. While he explained that a chimney cap is a minor and relatively inexpensive installation, I questioned whether it was necessary or not.

After doing a little research and asking some friends (all of whom have a chimney cap on their chimneys), I found out that this small piece of metal installed on the top of your chimney can prevents numerous mishaps from taking place and definitely save you money in unnecessary chimney repair or damage expenses. I decided that while you may not need a chimney cap in place for functional purposes, a properly installed chimney cap is a good idea. A chimney cap can prevent animals from entering your home, keep the moisture out, and protect the roof from burning embers starting a house fire.

Some of the best reasons to install a chimney cap include:

During the colder months, small animals such as birds, squirrels or even raccoons, will feel the warmth around the chimney from the fire below. They often make their nests close to or inside of the chimney flue. It won’t take long for an unwelcomed family of critters to move into your chimney. Installing a simple chimney cap with mesh siding will prevent these animals from climbing in.

The weather can create problems for your chimney. If rain, snow or ice enter the chimney flue, the moisture can cause deterioration problems and when mixed with certain types of soot it can become even more harmful to the inside structure of your chimney. Moisture, and intermittent freezing and thawing can cause problems such as cracks in the structure which can lead to costly repairs. A chimney cap can block the moisture from harsh weather conditions from entering your chimney.

Burning embers from the fire in the fireplace get sent up and exit the chimney along with the burning gases. These embers are still lit and escape out of the top of the chimney and can cause chimney fires and damage to your roof. These problems are entirely avoidable with the addition of a chimney cap and spark guard to prevent the burning particles from escaping.

Sorry, the comment form is closed at this time.